Map of Florida: To flamingo or no flamingo? 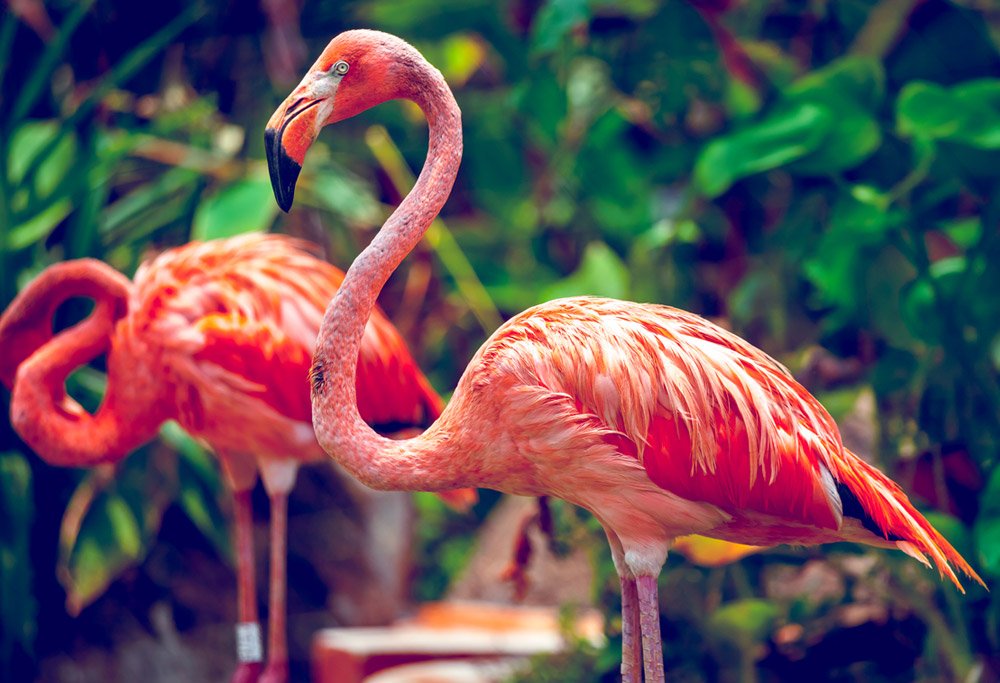 I knew how I wanted our map of Florida to feel weeks before I began drawing it, and I knew it had to have a pink flamingo.
But why?

Truth be told, the only flamingos I ever saw while holidaying in Florida were front garden ornaments made of plastic. So, as with all map things, a little research was necessary before I could oblige my whim of drawing this particular pink bird on our Florida map.

Why the flamingo should be on Florida's map.

The American flamingo is one of six species of flamingos and there have long been debates about whether or not it is a true resident of Florida.
The state of Florida became notorious for its brilliant pink birds in the 1800's. We know that the American flamingo used to nest in Florida back then, as eggs dated back to 1880 were archived locally. Sadly the birds were hunted to the brim of extinction, for their flesh, eggs, and magnificent feathers. By the 1900's they had all but disappeared.
Up until recently, people believed that the odd flamingo bird found in the wild was either an ex-captives or a visitor.

However, a new study, published in the "Condor: Ornithological Applications" argues that there is no doubt that the American flamingo is making a comeback. In 2014, Floridians saw 147 flamingos fly over Palm Beach County. Evidence of natural dispersal was also proven when two chicks banded in Yucatan showed up in the Everglade's Florida Bay, and it was also concluded that Florida could sustain flamingos all year round when Conchy, a wild flamingo who was captured, then released to the wild, remained happily in Florida for two years without leaving.

The conclusion of the study is that Florida's flamingos are increasing in population and are most definitively natives. The glorious historic flamingo population is in the very beginnings of a recovery, and, being recognised as natives again, they will be managed and protected by the State's Federal Agencies. Go Flamingo!

Should there be a flamingo on the map of Florida? Absolutely! And it will dominate, standing tall and proud, radiating bright pink hues over the Sunshine State.

Shop the map of Florida State.

This map of Florida is an art print influenced by  natural history & ornamental cartography from the 17th and 18th century.

Based on satellite imagery, this hand-drawn map is the most legible and current of its kind.

This map could be a lovely conversation starter in your home or an inspiring artwork in your office.

Shop the map of Florida