How Kilauea inspired the map of Hawaii 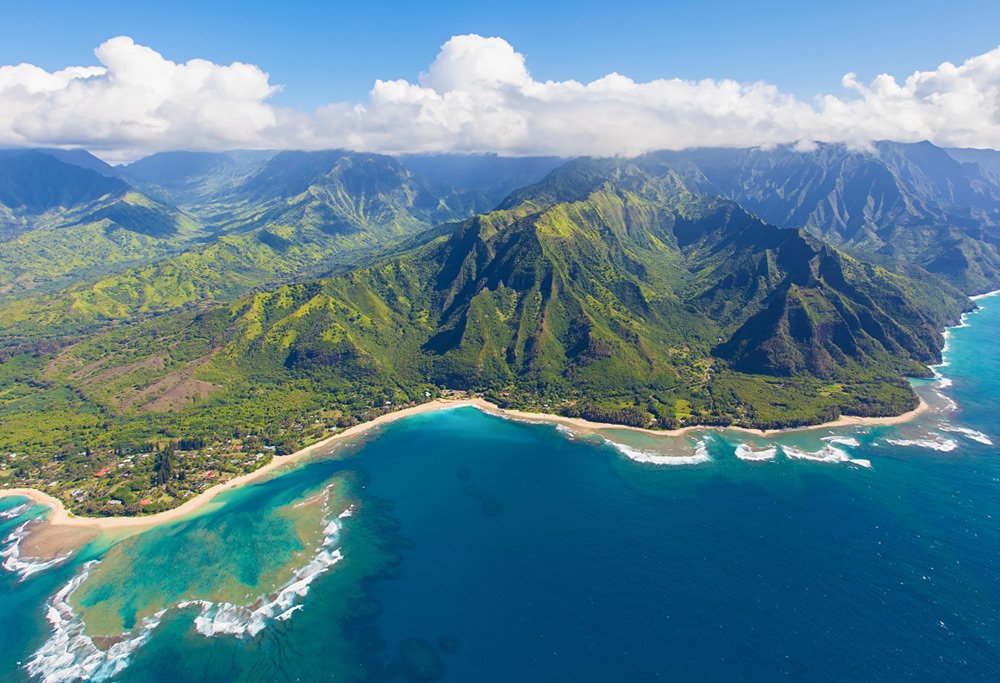 Maps were created to tell the stories of men, testaments to their discoveries, wars, conquests and possessions.

I began working on the map of the Hawaiian Islands in late April 2018.
Feelings attach themselves to things, places, people... A place as reputed as the Islands of Hawaii evokes something in most minds.

My pre-composition went like this: a virgin piece of lush land lost in the middle of the Pacific, the songs of whales and the Polynesian people who had travelled two thousand miles on canoes to be the first men to set foot on this remote paradise.

The first thing to do when preparing for a new map is research, lots of, and, ideally, travelling. Sadly, the later was not possible at the time so, instead, I dived into books borrowed from the library and skimmed the internet to see if my "feeling" of Hawaii could be developed into something good.

I was to explore the culture, the art and the beliefs of the first Hawaiian people. My map could be a tribute to them and their incredible journey...

The press went mad, and my focus shifted.

Places I had sketched down on my map were getting wiped out by the day, irrevocably eradicated: towns lost under meters of laden lava; a 400-year-old freshwater lake, evaporated in hours, all the life it supported, boiled to death; Hawaii's best-preserved forest, cindered down; unique reefs, rich with hundred-year-old corals, annihilated. And the most stunning of all: man's helplessness in the face of the destruction.

Earth was awake, churning, creating, spitting and spilling its bowels and we were powerless.

A glimpse into Earth's creation.

The cruelty of it all was heartbreaking. But what I viewed as devastation wasn't necessarily so.

John Burns, a marine biologist from the University of Hawai'i, gave me food for thought with one sentence.

He said this: "I’d much rather see a reef die from lava than from bleaching.”
His words seemed harsh initially, but come to think of it, so do I.

Bleaching is the term used when corals lose their zooxanthellae. Zooxanthellae are tiny algae that live in the tissues of corals. They have a mutualistic relationship: whilst the corals offer a protected environment for the zooxanthellae to thrive, the zooxanthellae capture the sunlight, photosynthesise and provide essential nutrients to the corals.

The unnatural changes in water temperatures due to global warming kills the zooxanthellae and the corals subsequently begin to die. Pollution due to UV filters found in sunscreens is also an issue.

When a coral dies it loses its colours and becomes white, hence the term "bleaching."

Bleaching is death without hope, death brought by our disrespectful interference with nature. If the habitat has become hostile, the waters too warm, too cold, too polluted, corals will never grow again.

A volcanic eruption, on the other hand, is a new beginning.

It is the process by which earth is created: as lower Puna erupted, new land was being formed, the Island of Hawai'i was expanding.

The islands of Hawai'i are a reminder of where we come from. With an active umbilical chord directly connected to Earth's heart, Hawai'i is alive and growing still, a geological wonder from which there is much to learn.

On this, and thanks to you Kilauea, I decided that every map we draw (and not just the map of Hawaii) will be a tribute to nature, not men. A plethora of maps celebrating men and/or their conquests exist already. I feel it is time for men to step back, and give nature the centre stage. 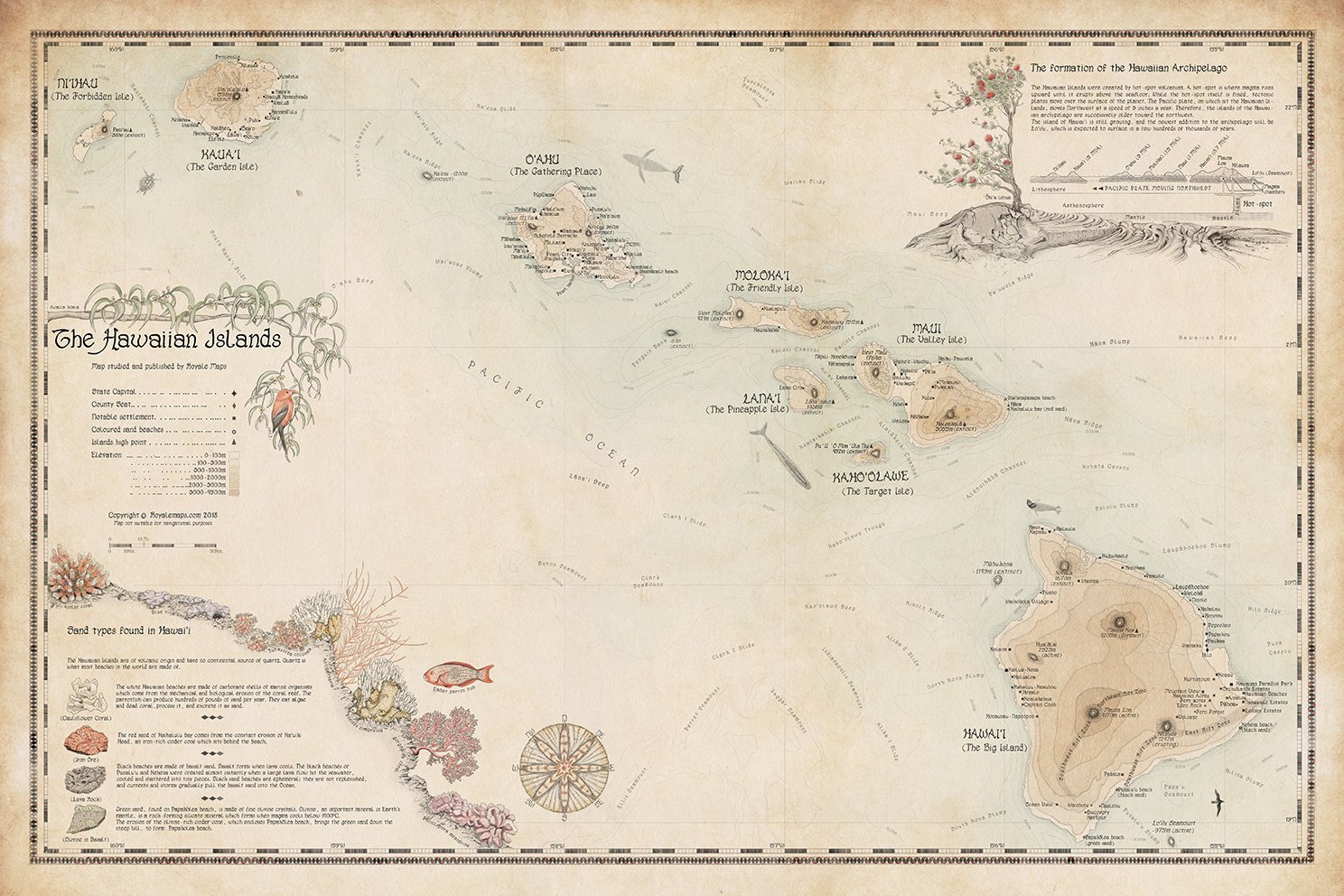