'WooCommerce Price Based on Country (Basic)' was removed last summer because it was constantly verifying IP and made Royalemaps' Astra theme glitch, big time. To replace it, I bought 'WooCommerce Multi-Currency' on Cyber Monday at a 40% discount.

Clearly, I'm no coding expert and am much happier drawing than I am fiddling with web code. However, since I couldn't draw, I figured I should take an hour out (I'm an optimist) to fix the WooCommerce currency situation.

Installing the 'WooCommerce Multi-Currency' extension and configuring the settings was easy peasy... But as expected, what was supposed to be a simple task evolved into a bag of knots that has just sucked up two days of my life.

Trying to add the extension got me to surf royalemaps.com extensively with an empty cache, and boy, were there some surprises lurking: no single product image display (thumbs up), add to cart buttons as large as the product image (grandiose), and those were just bonuses as I was finding out that the WooCommerce Multi-currency wasn't doing its job.

Below is a screenshot of a product page. Fancy buying a print à l'aveugle? 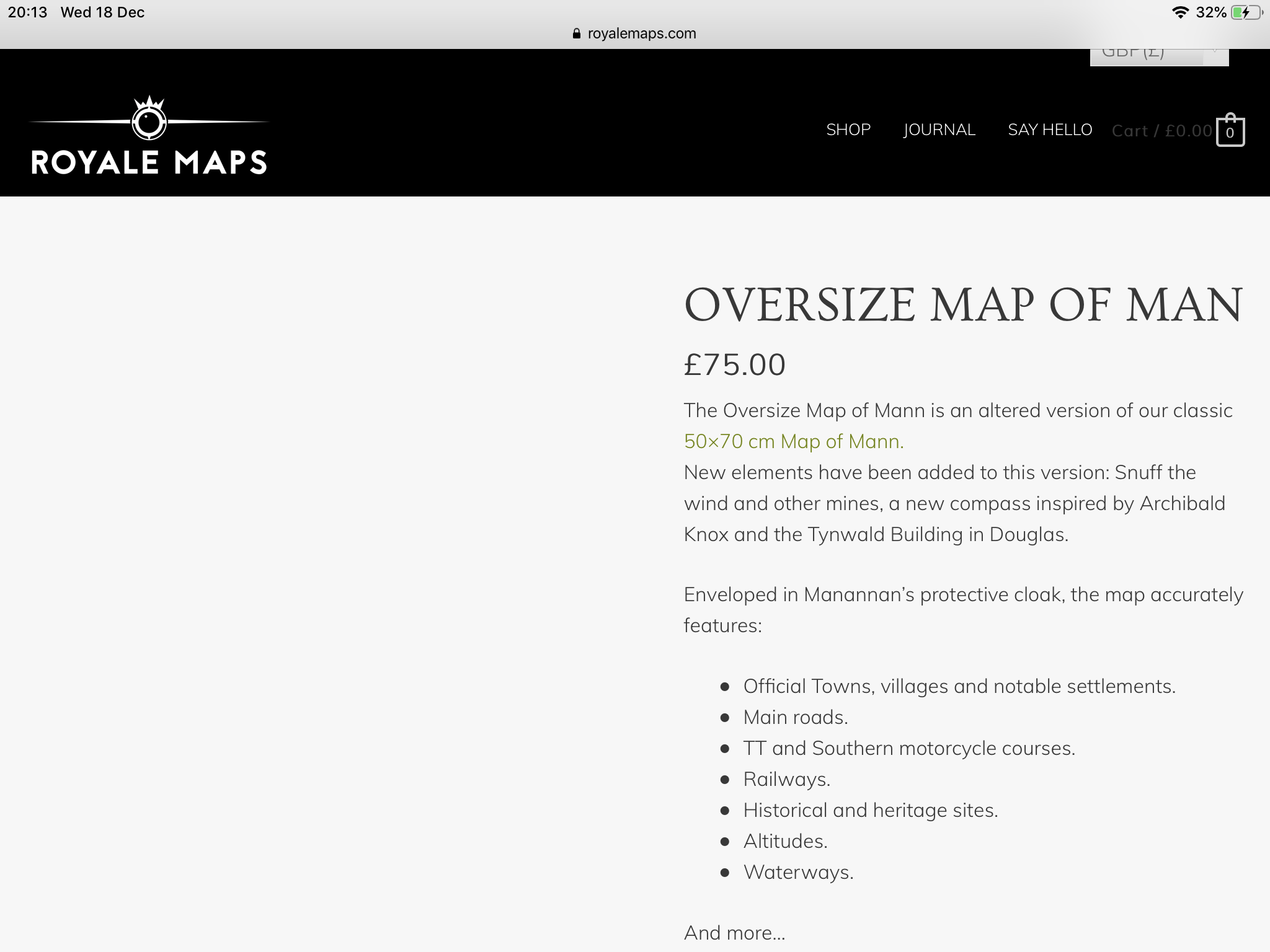 I raged for two days, first to get the currency menu to work with Astra then to fix all the other things that were somehow broken. Then, at my wits' end, I issued a support ticket with Astra.

Blessed Antony from Astra promptly advised me to look at the JavaScript errors in the console and take it from there. (Console?? Word not completely unfamiliar... rings a distant bell...  Ohhhh the Google developer thingy!)

I changed two things which seem to have fixed the issues - I think - optimistically - for now -:

This partly fixed issues but the Console still reported one FB error.

And that seems to have temporarily (until next plugin updates!?) fixed the problem of both image display and multi-currency shopping.

Can I get back to drawing? Please.