The Map of Mann celebrates the island's heritage & mystery 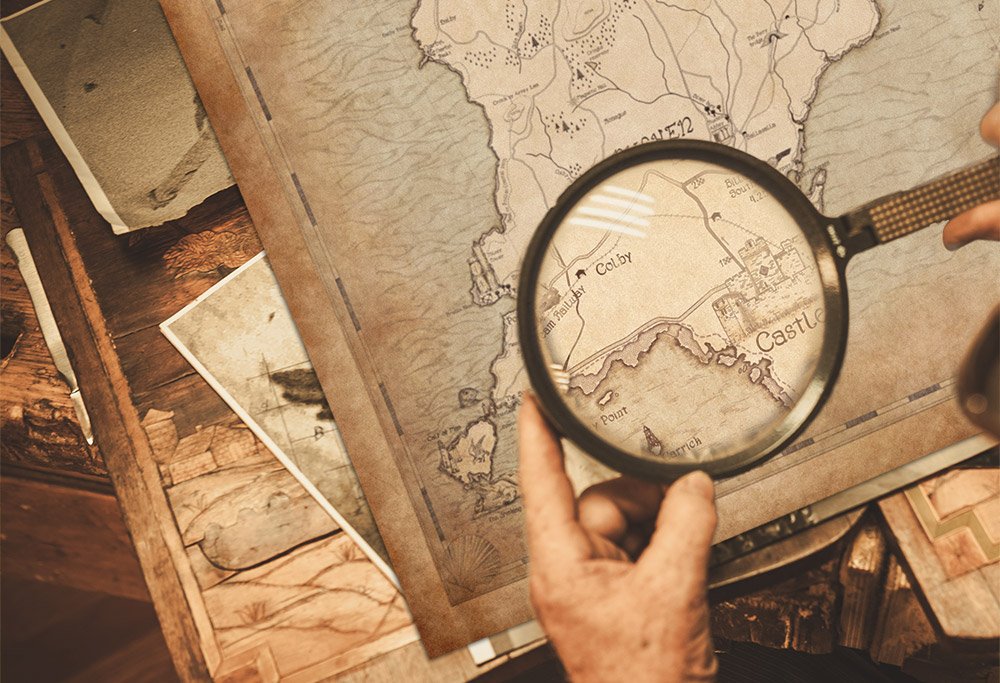 Our family chose to settle down on the Isle of Man for many reasons.
It is safe, and it feels safe. The landscape diversity means you never get bored.
You can feel mother nature's presence and healing energies everywhere. Step into a Celtic burial ground and you might even feel a light tingling down your spine. At day, fog engulfs sunny cliff sides while northern lights brightens the night.
We feel connected to the Island and so we were excited about designing this map. We wanted to encapsulate  the unique Island's atmosphere as well as it's rich history - hence the antique feel of the map.

The Isle of Man (also spelled Mann) boasts an impressive amount of history per square foot (221 square miles).
It had become separated from Britain and Ireland by 6500 BC. Human colonisation took place by sea during the Middle Stone Age, which began as the last glacial era came to an end. Then, humans enjoyed warmer climate, a greater range of food and as such, tended to settle permanently to raise crops and domesticate animals.

Over the years, the island has been visited by raiders, pirates, smugglers and tradesmen.
The first inhabitants were people from Ireland. It was then converted to Christianity only to suffer raids by Vikings from Norway later on. Eventually, it became subject to Norwegian suzerainty as part of the famous "Kingdom of Mann and the Isles"; but later became a possession of the Scottish and finally the English crown.
That's a lot for 221 square miles...

Mann’s coastline is rocky and has beautiful cliff scenery. The grass-covered slate peaks of the central massif are smooth and rounded following various glacial periods. The island’s landscape is mostly treeless except in sheltered places. To the southwest lies the Calf of Man, an islet with precipitous cliffs. It is a bird sanctuary with only two seasonal human inhabitants.

Drawing the map, we were influenced by the atmosphere, the history and some significant legends.
At Royale maps, we strive at producing not only beautiful maps, but also useful & accurate ones. As such, you will find all the current main roads, railways, water ways, forests, altitudes, towns, villages and notable settlements. Select landmarks and sites are also featured.

Here are a few meaningful elements featured on the map:

The "Manx Beasts"
The Isle of Man is a hotspot for the huge basking sharks. They come so close to shore that you can sometimes see them from the beach. If you dare, hop on a kayak and you will feel dwarfed by their humbling presence. They are the second largest fish in the world. Seals and dolphins are also common sight. Yet, the Manx cat might be the most curious one, as it resembles any cat except it has no tail. Then there are the mystical beasts. The Moddey Dhoo from Peel Castle, the Cabyll-ushtey and the Buggane are among the creatures that terrorised the Manx so profoundly that they're still talked about ominously.

The "Isle of Man Tourist Trophy" race
Legends are made on the Isle of Man. Billed as the most dangerous motorsport event in the world, the TT race attracts professionals and enthusiasts alike from all over the world. Being the most scenic and exciting motorcycle race, it's hardly surprising that many came to discover the Isle of Man because of this race.
Below is the track highlighted.

The "Odin's raven"
There is a Viking ship emerging from the fog to the north west of the map. It illustrates the rich and notorious Viking history of the Isle of Man, but there's more to it. The "Odin's Raven" is a real ship that sailed from Trondheim, Norway, to Peel, Isle of Man in 1979. A crew of 16 travelled an epic journey from the 27th of May to the 5th of July to relive an actual, documented Viking odyssey.
Astonishing Viking treasures of international significance have been unearthed on the Isle of Man, and many more are certainly yet to be discovered...

I won't give away all the map's secrets as there is much more to uncover. To discover all the fine details is a pleasure to keep for home. We hope the map will not only bring some character to your home, but also a bit of that Manx magical atmosphere.

Discover the only map of the Isle of Man that is both beautiful & practical.

The map of Mann is an art print influenced by ornamental cartography from the 16th and 17th century. The artist Catherine Petit spent countless hours hand-drawing the map in great details.

It will be a conversation starter in your home, and an inspiring artwork in your office.
Based on satellite imagery, the map can be used for orientation purposes. The only map of it’s kind.

Shop the map of mann 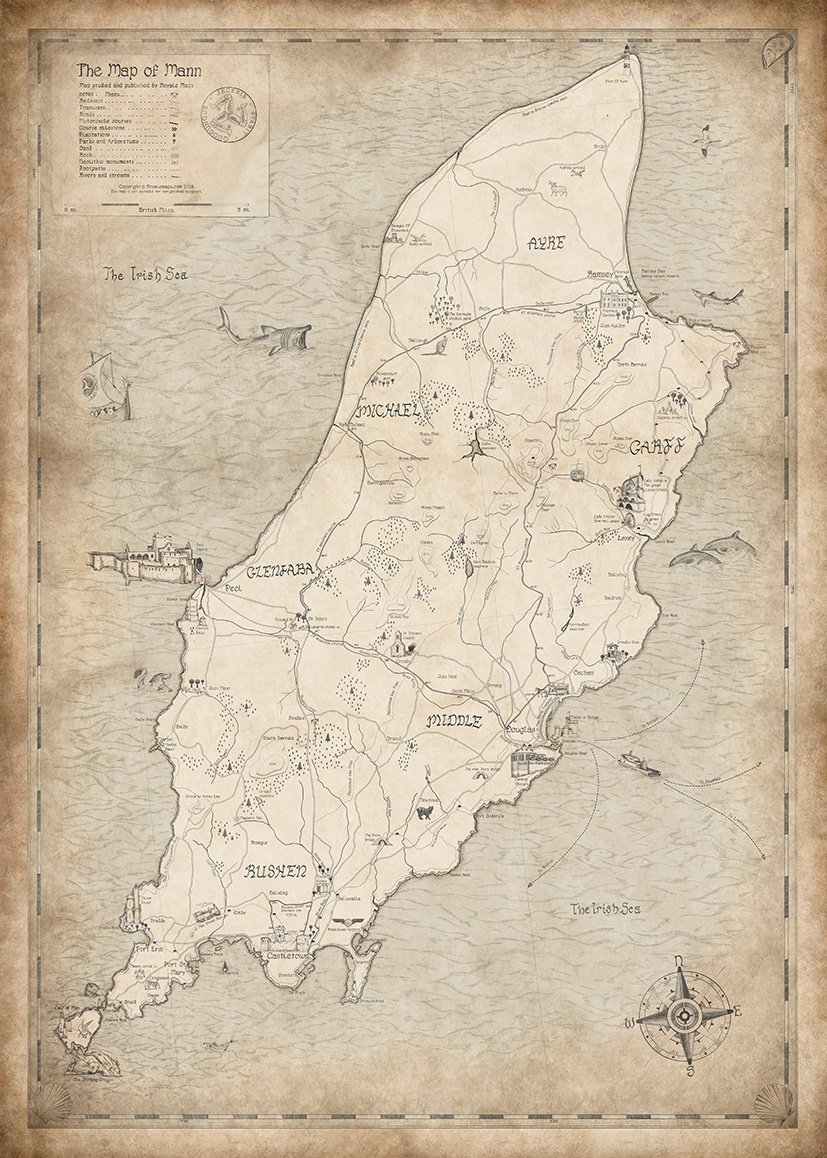